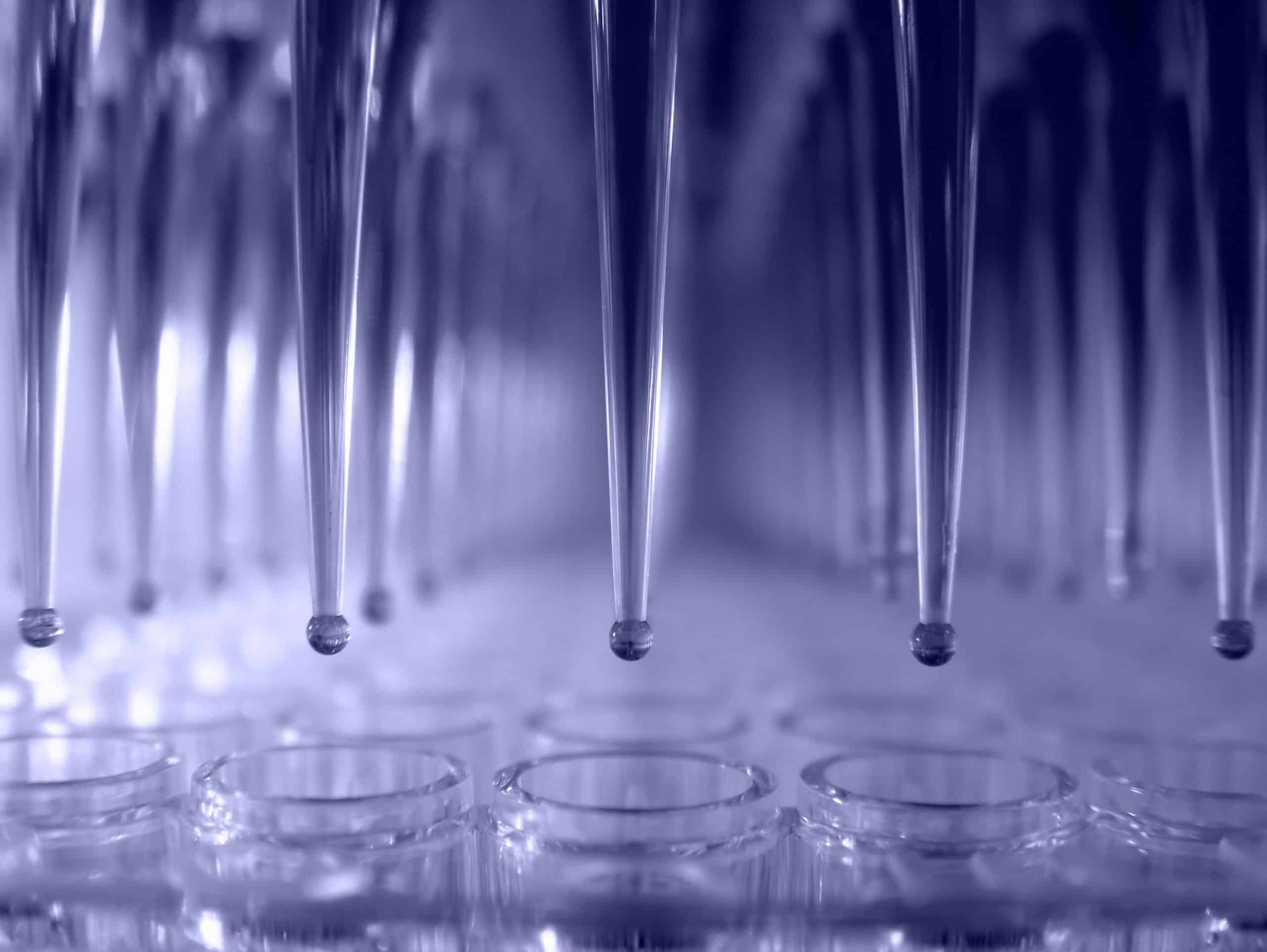 Our ion channel and drug discovery screening capabilities enables us to provide reliable, high-quality data to accelerate and validate your drug discovery programmes.

Ion channel assays used for selectivity and SAR screening don’t just need to be stable during the testing of individual compounds (minutes), but also stable over the entire duration of a drug discovery programme (months-years).

In the example below, we show the exceptional reliability of the optimised primary target Kv1.3 (Figure 1) and gene family selectivity Kv1.5 counter-screening assays (Figure 2) used as part of a long-term pharma collaboration. The positive control IC50 was plotted over the course of 2 years.

As no commercial rat Kv1.3 cell line was available, Metrion scientists created a stable CHO cell line to meet the species selectivity needs of our Kv1.3 drug discovery project. Several clones were assessed on the QPatch screening platform and the optimised assay was used successfully over a 2 year period, revealing minimal species shift in the small molecule scaffolds developed as part of this pharma collaboration.

In some cases, ion channel cell reagents are not optimal for electrophysiology assays and need improved ‘patchability’ and expression of the protein of interest in a functional state at the cell surface.

Metrion’s scientists have over a decade of experience in developing, optimising and validating automated and manual patch clamp assays for ion channel targets. We can fully customise ion channel assays at different stages of the screening cascade, from hit finding and medium throughput structure activity studies, through to specialised biophysical and mechanism-of-action studies for hit series or lead compounds.

A neuronal Na+ ion channel used as the primary counter-screening target in a major pharma drug discovery collaboration is notoriously difficult to express in heterologous cells, and under standard conditions the original cell line yielded a low success rate assay (Figure 6a).

During our work with the FDA’s CiPA cardiac safety testing consortium, it became apparent that a ‘late’ Nav1.5 assay would be an important part of their selectivity panel to help predict the safety of new drug candidates. We therefore created stable CHO and HEK cell lines expressing the ΔKPQ LQT3 mutant protein (Figure 7) and assessed their utility as reagents for automated patch clamp assays that would be compliant with CiPA HTS sub-team requirements (Figure 8).

Read more Details can be found in our Application Notes here

Biological reagents are inherently variable and it is typical for the performance of ion channel assays to fluctuate during extended passaging of stable cell lines.

To minimise this variation, during extended SAR screening campaigns, Metrion scientists adopted the approach pioneered in GPCR assays and created so-called ‘assay ready’ cells that are grown under conditions optimised for automated patch clamp assays and then frozen down to fix their state for later use. Assay-ready cells are thawed out on the day and used directly on APC platforms.

Ion channels are large, complex transmembrane proteins that can be difficult to express with the correct folding and associated auxiliary subunit and scaffolding protein complexes, making it essential to validate cell line reagents and assays before they are used for drug discovery screening. Along with sequence verification, Metrion scientists determine the functional biophysical and pharmacological profile of each cell line reagent on our assay platforms prior to their use in drug discovery screening cascades.

We recently validated a cell line expressing human ASIC1a, a ligand-gated receptor which is implicated in stroke and ischemia. Assay development efforts concentrated on creating a stable assay on the QPatch automated patch clamp platform (Figure 9) and confirming the correct agonist and antagonist pharmacology using a selection of reference and literature compounds (Figure 10).

It is also possible to create new screening assays from existing cell lines.

As part of our efforts to create an expanded panel of CiPA-compliant cardiac safety assays, we developed and validated an optimised version of the very challenging ‘Milnes’ dynamic hERG voltage protocol suitable for automated patch clamp.

This protocol is designed to measure the potential for test compounds to become trapped inside the hERG channel pore, and Metrion’s dynamic hERG assay is the first to be validated on an automated patch clamp platform.

Read next The successful creation and implementation of the challenging Milnes hERG cardiac safety assay: Our QPatch Application Note.

A highly desirable mechanism-of-action for small molecule modulators of ion channels is state-dependence, whereby a compound exhibits preferential binding for a particular conformational state or functional mode of the transmembrane protein.

In this way an ion channel drug discovery programme can achieve higher potency and improved selectivity, which promises superior efficacy and safety for lead candidates in vivo.

In this case study we show how Metrion scientists developed a state-dependent assay for the Kv1.1/(1.2)3 channel on the QPatch. In this way it was possible to acquire detailed mechanistic information alongside target potency for compounds at the top of the screening cascade, thereby enriching their SAR profile and accelerating the identification of optimum compounds to treat Multiple Sclerosis. This state-dependent assay format has been successfully employed for other voltage gated Kv1.x channels, including Kv1.3.

What are your specific ion channel screening requirements?

If you have any questions, or would like to discuss your project, we will put you directly in touch with a member of our scientific team. Contact us today to discover more.